Skip to navigation Skip to content
24
- February
2010
Posted By : Thomas Gilmore
No Comments
What’s in the Cards?

I like card games. Poker, euchre and Uno are all favorites of mine. Poker is with the guys, euchre tends to be with couples and Uno is fun with the kids. While I’ve never played bridge, I can imagine Omar Sharif’s favorite game could prove interesting.

Card playing is easy. It doesn’t take up much space. Throw a deck in a pool bag and you’ve got a way to kill some time at a swim meet. Cards are totally low-fi and there’s a game for everyone. In an age of wii, Nintendo DS, and the iPhone, it’s comforting to know that something as simple as a deck of cards can be so timeless and enjoyable. After all, playing cards have been around since the 9th century in China.

But there are a couple of things that I expect. First, I like to play with a full deck (I’m sure some will beg to differ). The other thing is my absolute hatred of cheap cards—the flimsy, the sticky, the easily torn or bent (I’m sure you know what I mean). That’s why I’m a fan of the Bicycle brand—the simple quality of the product, time-tested and trusted since 1885.

Certainly, I became more aware of the Bicycle brand by living in Cincinnati. Introduced by the United Stated Playing Card Company, Bicycle has been the best selling brand of cards in the world for over a hundred years. Currently a subsidiary of Jarden Corporation, US Playing Cards is located outside of Cincinnati in Erlanger, KY. The company also makes the Aviator and Bee brands, as well as a few others.

But, back to the brand at hand.

How important is a card brand to the consumer? There are other choices. The product is somewhat disposable, although it can last a long time (I’m sure you could find an old deck somewhere in your home). Price is a concern, but availability may be more important. I think I saw playing cards displayed in three different aisles of a Bigg’s hypermarket recently. They were available primarily at impulse locations near snacks, beverages and party supplies.

It’s not the type of category that will motivate you to drive across town, when you need a deck or two. So how important is the brand? Are these simple printed decks just an entertainment commodity? Are there die-hard Bicycle fans out there? Can a deck of cards really provoke emotion?

As with many consumer products, there is a ritual involved with playing cards—opening the pack, shuffling the cards, and of course table banter. Although there are a few individual games like solitaire, cards are for the most part social games. Social groups all have their own personalities and characteristics. So do brands. Bicycle has a product for virtually any personality.

I picked up a few packs of cards the other day at my neighborhood Kroger store. The four packs were all the same 52 cards, but each deck was unique. I took home standard, breast cancer awareness, Jack Daniel’s and Coca-Cola deck’s. Sure there’s a great deal (sorry for the pun) of licensing that goes on in the category, but how are these brands shuffled? Do Jack Daniel’s drinkers play with Jack Daniel’s playing cards? Are decks of Coca-Cola cards purchased solely by Coke collectors or people who love polar bears and Santa Claus? Does it matter? Why did I feel the need to buy all four?

Some would say, you’re know by the company you keep. Bicycle is at the table with Winnie the Pooh, Spider-Man, NASCAR, Harley-Davidson, and Budweiser, as well as Jack Daniel’s, Coca-Cola and many others—arguably some of the biggest and best brands in the world. While card playing can be a gamble, Bicycle’s branding and licensing programs don’t seem to be left to chance—and that’s a sure bet. 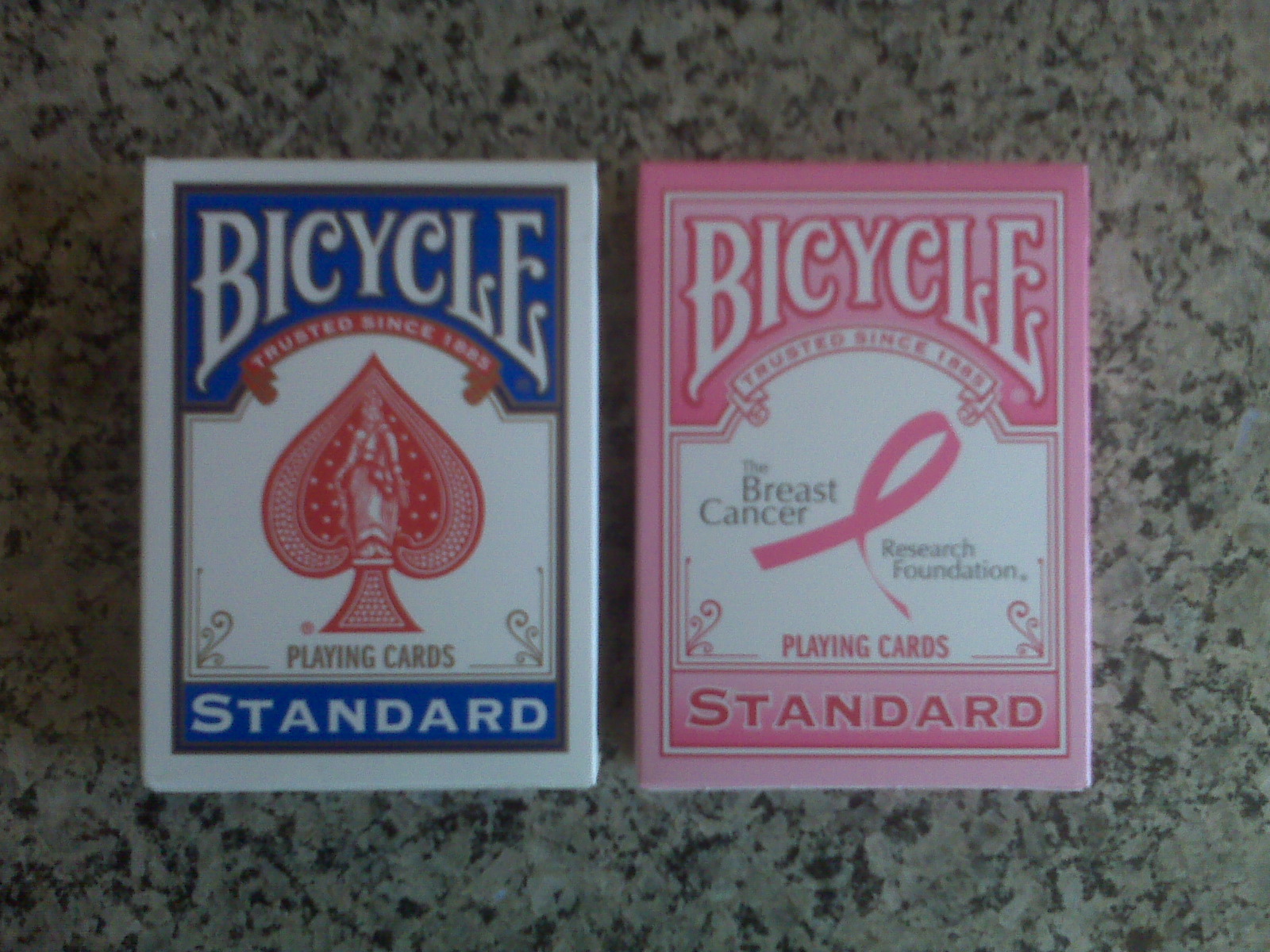 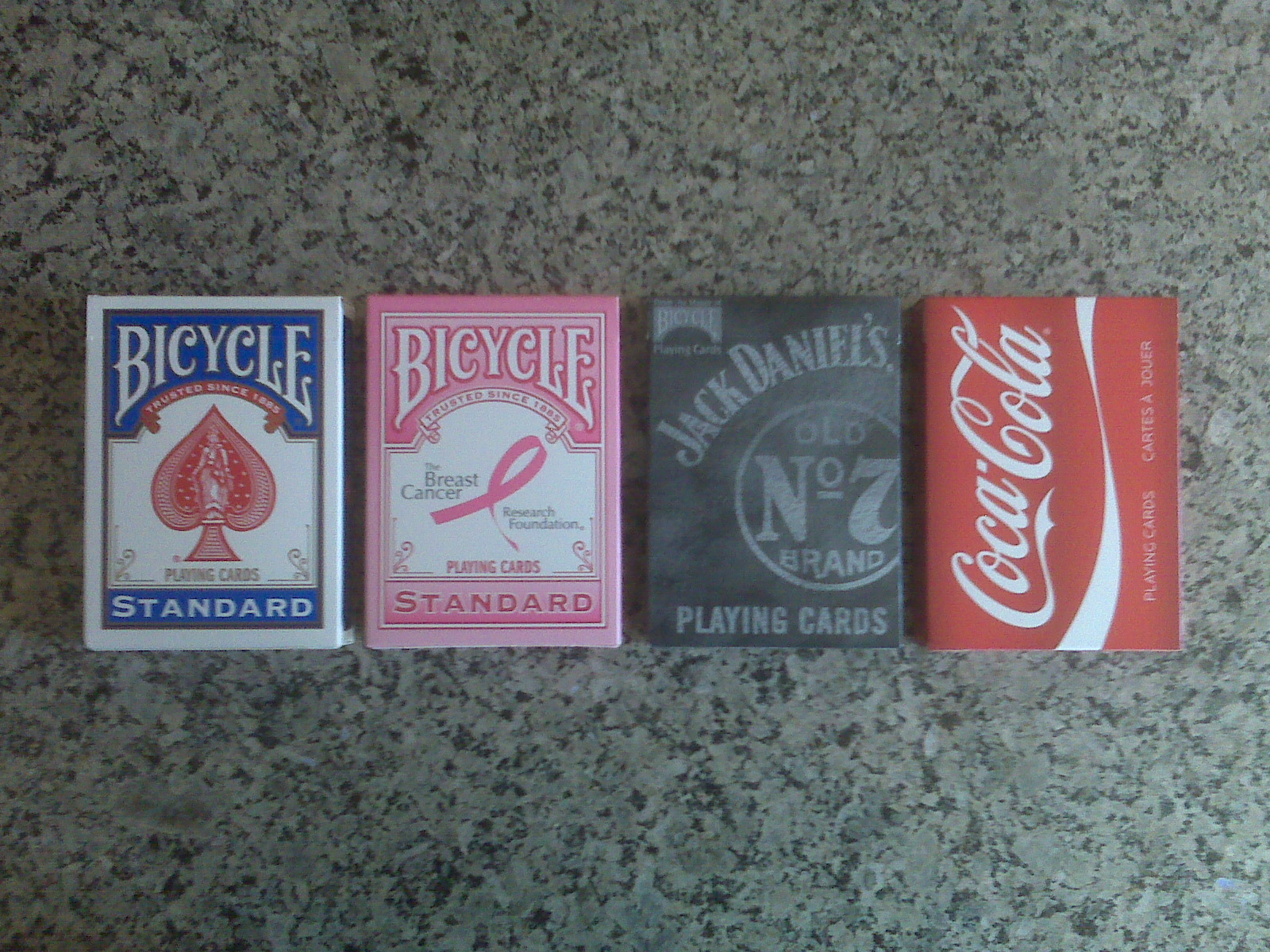